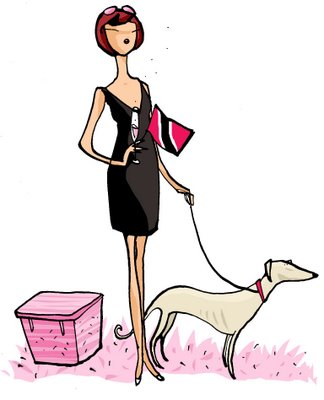 The World Cup begins today, and it has me in a fever of excitement.
I´ve always loved it, from earliest infancy, when I wouldn´t watch the matches, but would collect the stickers and toys inside cereal boxes and kinder eggs.
Later, it being june, it would usually catch me revising for exams, and provide a very welcome distraction.
Now that I work, I´ll have it on in the background if it´s just some match. But for the ones that really count, I´ll either have friends over, or watch it in a bar.
Since the Spanish team has a habit of being very dissapointing, this year I´m with Trinidad and Tobago. They´re the smallest country in the whole tournament, and it´s amazing to me that they´re there at all, so I´m all for them.

During matches, instead of the usual, but laddish, beer, I´ll be having a couple of glasses of tinto de verano.
It is similar to sangria, but it isn´t quite. I´m sorry, but for me, sangria is forever associated with the tourist resorts of the coasts. High rise apartments, and guiris who turn crab red and drink sangria from gallon buckets.
Whereas tinto de verano is just a very refreshing drink that comes in a pretty pink colour. It´s just as misleading as sangria, in that you can drink loads and not feel a thing until you walk into a lampost.

Basically it´s red wine with lemonade, either a flat lemon , or a fizzy transparent one that we call Casera and is similar to Sprite.
The world is divided into two camps, the tinto con limon or the tinto con casera people. I´m a fence sitter, and think both are just as good.

If I make it at home, I like to add a wedge of orange, a slice of lemon and a generous glug of red vermouth.

I wish you all a very happy World Cup, and may the best Brazil win.
Posted by lobstersquad at 12:49 p. m.

I'm behind Italy as Canada's national team did not qualify.

Trinida and Tobago must be a very sporty little nation. They seem to gamely turn up when you'd not expect them, in many different contexts.

I am going to make some tinto di verano for a picnic. I feel this will be a very sophisticate use for wine in a box!

I really enjoy your designs and drawings-they are charming and full of life.

Are there proportions for this or is it all just done to taste?

Hi all
the proportions are half lemonade half wine, and ice, also. The wine shouln´t be amazing, but not the sort to give you a headache either. And the orange and vermouth give it a nice kick, but isn´t orthodox and no tin the original recipe.

Wow this is the first time I've heard of tinto de verano. I'm from Sydney, Aus and all the Spanish restaurants i've been to only serve Sangria. I wonder if I ask for this drink if they will know what im talking about. I guess it's worth a try.

I'm going for the Socceroos, but when they get eliminated I have a soft spot for Brazil. And plus they have the same colours, Green and Gold!!!

I'm not much of a soccer fan, but I do love a glass of sparkly pink wine every now and again. A friend of mine just gave me a bottle of sweet vermouth and I've been wondering what to do with it -- I think this is it!

Wonderful sounding cocktail. I must, must, must try it.

I really love the illustration for this post. Very chic.

Jenjen. Please do not think that the Spanish restaurants in SYdney (Captain Torres in Liverpool Street, or eve Carabela in Kirribili) serve traditional Spanish food. It is some sort of improvised cuisine, that it is not near the real. In my time living in Sydney, I went twice to Captain Torres. The first time a few months into my arrival, as I was feeling home sick. After I saw the Gambas a la Sevilla in the Menu (Never heard of them, and trust me, Sevilla is miles away from the sea) I realised that the Spanish decoration and name was just a decoy, as not even the owner was Spanish (Nor the waiters. I spent 3 minutes ordering in spanish, to find out that the waitress was from the Ukraine). The second time it was a company dinner. Someone decided it would be nice to go to a Spanish restaurant and I had no say on the decission. The Carabela is a different story, but still, not close to the original.
My favourite places in Sydney, were probably the Oak's and the Thai Terrefic in Bondi.

Hi there, Miguel and Jenjen
I´ve no idea about restaurants in Sydney, but as tinto de verano is a pretty basic drink, and the ingredients would be to hand anywhere that serves sangria, I think you´ll be ok.
I´ll be rooting for the socceroos today!
And thanks everyone for the nice things about the illustrations. Glad you like them:)

gorgeous illustrations! our fever starts tonight when italy plays for the first time. however, we are going to be very american and have cosmopolitans and nachos! :-) but, ater reading your post, it will have to be tinto de verano for the next game!

In my trips to Spain, I have yet to order a sangria (and frankly I've only ordered paella once, when I was in la Albufera de Valencia). But I've had many, many glasses of tinto de verano and clara (basically substitute beer for the wine to make what the British call a "shandy")! I like the idea of adding a splash of vermouth. Great post!

I love pink...so I think I will have to try this drink! Adorable illustration!

hi lobstersquad¡
I´m Ana, Livia`s sister.I´m absolutely delighted with your blog,all post, comments, recipes.
Regarding the tinto de verano I´m clearly on the lemmonade side.It´s so refreshing that my summer doesn´t really start until I have what my husband call "my small swimmingpools" of tinto de verano...