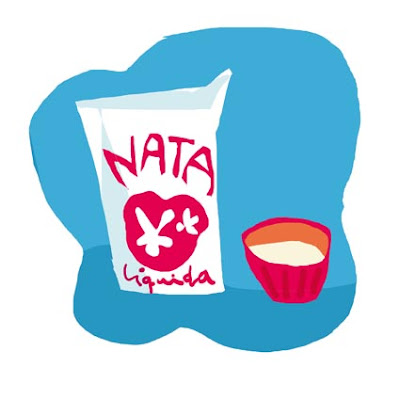 Here are two useful recipes for Christmas. One is the stuffed chicken we do every year. Provided you have a good butcher who will debone the bird, it´s not difficult at all. It feeds a crowd and makes the house smell wonderful during the long baking time.It´s an essential part of our family Christmas, together with the film "Donavan´s Reef", which we always watch as the chicken cooks, after a siesta.

For more impromptu entertaining, the best thing to have always on hand is a block of basic elemental own-brand vanilla ice cream. If you have chocolate biscuits, make ice cream sandwiches. If not, a hot sauce tastes great and looks like you went to a lot of effort.

I always eyeball the hot sauce, so can´t help very much with quantities, but it´s something like this: 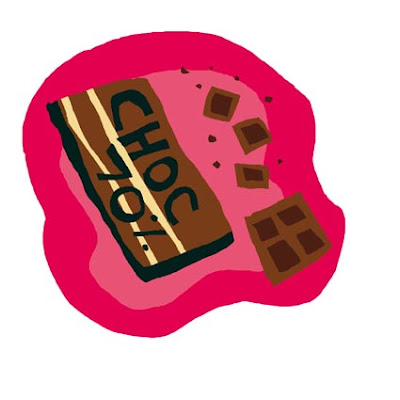 melt this in a saucepan, pour into a jug. If you have any, toast nuts briefly in a frying pan to scatter over.
If you have no Nutella, peanut butter can do. If you have no cream, a bit of butter and a splash of milk will do beautifully. And if you have any bonbons or chocolate bars around, chop them and throw them in at the end, so they melt but not all the way.
Posted by lobstersquad at 7:08 p. m. 11 comentarios: 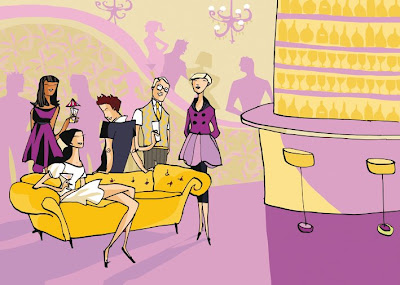 First off, a new discovery: I have a food writer cousin in Palm Beach! She does great stuff, so go check it out. This is not one of those Spanish stretches of the word cousin, either, but an actual relative. We are both descended from same the great-grandmother who made American style biscuits for tea in Bilbao.

Simon Hopkinson says that good cooking is one third talent, one third skill, and one third good taste.
I think that´s probably true for high-end creative chefs. But for the rest of lowly mortals, it´s one third skill and two thirds repetition.
Take these lemon bars. They are without question the most wonderful morsels of tangy-sweet deliciousness known to mankind, but they didn´t start out this way. I tried several versions, all of which were good, but not quite as good as I hoped. Finally, after tweaking and trying and making them several times, I am now convinced that I have the ultimate lemon bar.

The biscuit base is from Belinda Jeffrey´s "Mix and bake". The lemon curd is from Donna Hay´s "Modern Classics 2". Both have been tampered with by yours truly, and adapted for that versatile and trusty old machine, the Thermomix 31*.

Put them in that order in the Th, program 15 seconds, speed 6. Turn out and let rest in the fridge for 30 minutes. It´s so buttery that it can be hard to work, so I just squish it into a 30x23 cm. tin, lined with greaseproof paper, and hope for the best.
Bake until pale golden, about 25'.

This makes more than you´ll need for the size of tin. You can either do the complicated sums needed to cut down the recipe to four eggs, or have a bit of a lick-the-bowl fest, and still have some left for a couple of sweet little ramekins.

Let it cool a little, and spread it over the pastry base. Put in the oven for five minutes to set a bit more, then take it out and leave to cool.

To serve, dust with icing sugar and cut into squares. If you make the squares very small, nobody will even consider doing that annoying polite "oh, no I couldn´t" thing. They´ll come back for more and more.

*If you´re making them without machinery the best way to go will be to make the base as you would shortbread, and the filling as you would custard.

**I like my lemon desserts tart and not overly sweet, so just for your information, I will point out that the original filling in Belinda´s book called for two cups of sugar, and Donna for only 3/4 cup lemon juice. 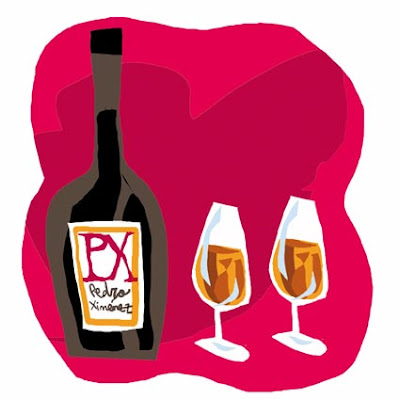 Prunes have a bad rep. I don´t know why this should be so, but it is. Maybe it´s better if you think of them as dried plums? After all, plums are popular, beautiful, exciting little things with a short season and a winning nature. Prunes are their unglamorous spinster aunt, maybe, but still and all, they´re the spinster aunt of an exciting family, and I love them.

This is my adaptation of a Nigella Lawson recipe. She makes it with Marsala, but of course I use Pedro Ximénez, and so should you. It´s a wine made with rasins, so it goes particulary well with prunes. The result is a strong, dark Rembrandt-brown shiny compote. The fruit is chewy on the outside and smooth inside, and the syrup is beautiful and spicy, and you´ll have plenty to drizzle over yogurt and cereal once the fruit is finished.

Make 500 ml of tea (Earl Grey preferred but any black one will do).
Put it in a saucepan with a strip of orange peel, a star anise, a clove and a stick of cinammon. Add 80 gr. of brown sugar and 100 ml of Pedro Ximenez.
Bring to the boil and put in the plums (prunes, I mean). Simmer for 20 minutes.

Leave it to cool and wait at least 24 hours. It gets better and better, all winey and dark and sticky. N says to serve it with custard, but that´s overkill. Fridge cold yogurt cuts the richness perfectly.
Posted by lobstersquad at 8:50 p. m. 9 comentarios: