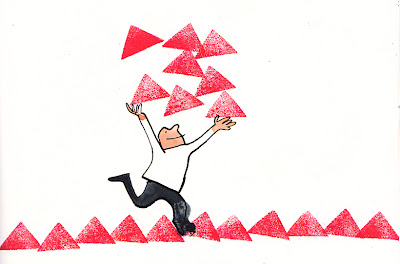 Posted by lobstersquad at 5:37 p. m. No hay comentarios: 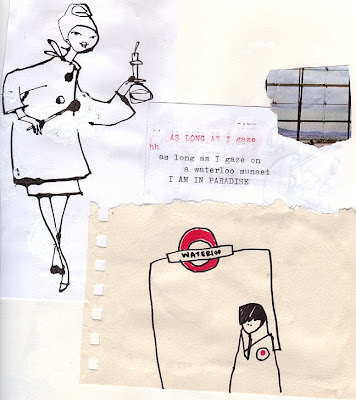 Salad. A crunchy, sharp, fresh, enlivening plate of raw stuff. What's not to like? I feel almost sorry for myself if there's not a salad on the table at every meal. Luckily, my definition of salad is broad, and I'm happy with a few slices of salted cucumber, or a dish of chopped parsley and yogurt.
Winter presents problems, though. Lettuce and tomatoes are out, frisée is scratchy and annoying, and although I can eat endive and radicchio I'd really rather not, thank you.

Which leaves me with a few things to play around with, any day. They last for ages, so I don't have to brave the elements if I want a crisp addition to lunch or dinner. Unlike soft, summery leaves, they can be dressed way ahead of the meal, only increasing in flavour, and leftovers can even be used in a sandwich later. They are your friends. Cabbage, carrots, and those vacuum packed beets that stain your fingers the minute you go near the packet. Add to that oranges, and onions and celery, used with caution, and your salad problems are over.

I often shave a bit of cabbage with the mandoline. I do love a mandoline, and in a minute a smallish wedge of cabbage is a mountain of shreds. I salt it and leave it for a while, and then later dress it, either as a very simple ensalada de matanza, or maybe with just oil and lemon, or with caraway seeds instead of cumin, or with yogurt. Nothing fancy, and certainly nothing exciting, but a lunchtime bowl of rice and beans with this on the side is more of itself.

I haven't been posting a lot but promise to more, in a series of posts about winter salads. I will probably draw inspiration from this gorgeous book, if I can manage to tear myself away from drooling over pictures of ripe summer Sicilian tomatoes.

(Thank you for all the replies about the icon, I'm hoping that we can push the lobster to front place. Those pesky Facebook fans like the others better, but we will fight it, I promise.)

As you may know by now, Terrier Digital is about to launch an app with lobstersquad recipes. It's almost done, but we still haven't decided on an icon. These three have made the final cut. If you could leave me a comment saying which you prefer, I'd be very grateful.