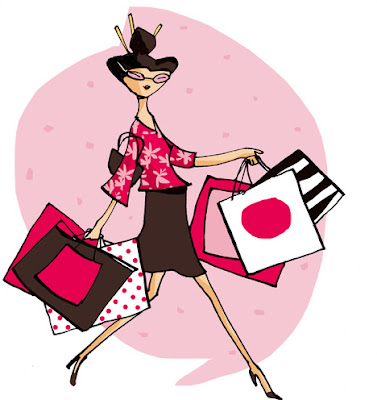 That´s worse than being a fashion victim. They buy must-have bags or shoes, and then, once they´re out of fashion, feel like they´d rather die than wear them. But I buy food and often forget about it, even often forget to check expiry dates. And that, unlike last year´s Louis Vouitton limited edition clutch, might actually make you die.

It´s just plain dangerous. Being the clothes equivalent of people who live on pot noodles, I thought I was exempt from the vagaries of labels. But oh no. Food packaging is so seductive and beautiful that I buy stuff just for its looks. All too often beauty is tin-deep, and those end up in the bin. Fot the rest, I´m willing to bank on packager´s overcautiosness, and eat things that are past their best before dates. Usually, there´s no problem, other than odd pairings. Yesterday we had a lunch of pasta with floppy, almost caramelized leeks and foie d´oie from a tin that was months due. For pudding, treacle tart, also from an aged tin.

Now that I´ve seen how easy it is, however, I bet I´ll never let another tin of Lyle´s golden syrup stay unused that long. This is Nigella´s recipe, from How to eat. It makes a thin tart, so it´s not so stodgy as you might expect. It´s golden, crunchy, chewy, dense and aromatic and all so many things that you just can´t beleive will fit inside one mouthful at once, and is just as simple as this:

Shortcrust pastry made from 100 gr. flour, stretched out very thin inside a 20 cm. tart case.I used the Thermomix recipe for 300 gr. and froze the rest.60 gr. fresh breadcrumbs (that is, not pan rallando from a bag), 225 gr golden syrup, which is half a tin, the juice and zest of half a lemon and three tablespoons of cream. The easiest method is to put the syrup in a pan until it´s runny, add crumbs and lemon zest and wait until it´s cooled down to add the cream. Or make the crumbs with the Th. and heat everything inside it, then add the cream.
By this time you´ll have finished blind baking the case, and can spoon in the filling. Put it in a 200ºC oven for 15 minutes, and then lower it to 180ºC and wait another 20, more or less, until the pastry is golden and the filling is set into a rusty dark yellow.
This is served hot, and people swear by vanilla ice cream. I prefer plain cream, since the treacle is really sweet enough.
Impulse buying and design madness pay off.
Posted by lobstersquad at 7:37 p. m.

I looooove Nigella! I have to try this ;)

Is treacle what we call molasses in the US? If so, my husband will adore this tart!

I'm the same way with expiration dates. I figure, it's more of a suggestion. I was going to post something about it this week, actually.

Great minds think alike. See you in the ER!

I might worry a little about using foie d´oie past its pull date but not Lyle´s golden syrup. What could go wrong with that?

That tart sounds most appealing.

You had me at "It´s golden, crunchy, chewy, dense and aromatic and all so many things that you just can´t believe it will fit inside one mouthful at once..."
That was so beautiful I could almost eat your description alone. :)
I must find golden syrup here in the US, but where? Anybody???

xps: la tendrás, don´t worry
NekO: try it, it´s brilliant
Lydia: I think they´re light molasses. The dark sort are what are called black treacle in England
Julie: I worried about the foie, too, but we´ve finished the half kilo tin(sharing it) and everyone seems fine.
Chanelle: it´s definitely recommended. I guess there must be some online store for British expats, maybe?

i am the same way -- though on top of this shoppaholic quality we posess, I have a pet peev in wasting any food, weather it be half an onion or a block of tofu.. i can't stand it!

i just love your drawings!

Oats or oatmeal are really good with treacle tart, either used like the breadcrumbs in your recipe or sprinkles over the top to part toast, part melt into the syrup filling. I'm from the north of England, so maybe this is a northern thing :)

I love the Lyles syrup tins. People here in England think I'm mad as they are such an everyday kind of thing.