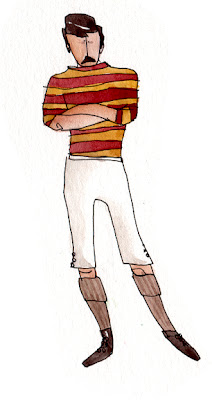 I´m far too taken up with my new cookbooks, and this cuts into my blogging time. In an ideal world, I wouldn´t have to work, go to the bank or buy washing up powder, but what will you. All I can say is:
I´m having scattered rice for dinner. I wish my husband were making it for me, but we can´t all be as lucky as S.
Also, quick reviews of the latest stuff:
Cocinar en casa con Ferrán Adrià y Caprabo, which came highly recommended, sucks. Don´t buy it. Spanish books are hardly ever worth it, being written in the same sort of literary spirit as Ikea instruction manuals. This one is worse than usual; it looks like they spent so much money getting FA to endorse it that there was nothing left over for copywriters, photographers or graphic designers.

How to cook the perfect...by Marcus Wareing. I was put off by the title. Perfection, moi? You gotta be kidding me. But actually, it´s not about finicky restaurant-style overachieving, but just chock-full of good tips. When I saw it in Fnac I opened it idly, and saw a trick for cooling gazpacho quicly: a freezer bag full of ice-cubes. Genius. I couldn´t resist it.

And last, but certainly first, Nigella express. I´m loving it. But don´t expect calm unbiasedness from me. I adore Nigella, think she´s the bee´s knees, and hope that some day she´ll be given the Nobel prize for literature.
As this one comes with some nifty retro art-deco-ish pink graphics, I was won over literally before opening it.
It´s not better than How to eat, and HTBADG, but then again, nothing could ever be. Lots of pictures, though, and plenty of bookmarks already.

The drawing makes little sense here, but I like it, and since I´ll be talking about rugby in the next post, it´ll serve as a little warm-up.
Posted by lobstersquad at 6:22 p. m.

Agreeing with every single word of your praise for Nigella, her new book and her previous ones. Last night I made the smoked trout pate from Nigella Express and today I mainated the chicken thighs and ribs in the maple syruo/star anise/etc mix to cook tomorrow.
How anxious was I to get hold of this book? Anxious enough to order it from Amazon.uk and then go buy a metric measuring cup so I can follow Across-the-Pond recipes.

Nigella Express isn't out here yet! So taunting.

Seriously, I have to get at least one of Nigella's books, since you're recommending them so highly!

guru: derechita a una librería te quiero ver
casey: I haven´t tried anything yet, too busy just daydreaming about all the recipes. the trout paté is bookmarked, definitely.
rachel: you can get sneak peeks in the Times website, if you´re truly deprived (I was).
lydia: WHAT? no Nigella? well, the pantry may be perfect, but the bookshelves need a little boost. you´ll love her, I bet.

i'm so glad to read this. i have been toying with the idea of buying 'how to cook the perfect ...' but was a little put off by chef/ title. no more.
nigella - love her. love the show. am just weeks away from buying the book (once in london).

I love nigella. I love your blog and your drawings!

You even make rugby look elegant and sexy. You are sooooooo good :)

andrea: good, I hope you like it. especially the nigella
little mainyacha: well thanks!
elegant sniff: I wouldn´t say they´re elegant, but there are some seriously sexy rugby players.

i have marcus wareing's book, too, and like the concepts a lot. i haven't cooked from it yet, but taken on board many of the tips for rescuing something you thought was hopelessy lost.

Thanks for the reviews! I love Nigella too and I'll be checking out my fave bookshop to see if they've got Express already :)

Ferran Adria and Caprabo??? As in the supermarket? Hmmm...

"Spanish books are hardly ever worth it, being written in the same sort of literary spirit as Ikea instruction manuals"

Such a general statement is of a such of very uneducated and offensive persons. I don't see the need to be offensive here. Obviously the rest of this blog is into question. Last time I read you...

anónimo: I don´t see the need to take offence, but if you did, then certainly, don´t read this blog any more. I don´t think you´ll like it very much.