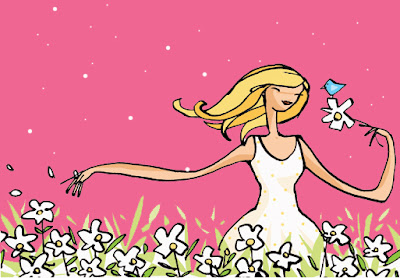 I keep a list of things that I want to blog about. There are several. Like my upcoming summer holiday in Estonia. My introduction and subsequent deep love for Old Bay seasoning spice. A recipe for sausages I´ve just learnt to make. The issue of entertaining anxiety. My new stack of cookbooks.
Many things.
But this rice cooker has kind of got in the way of things, big time. Over the course of my geeky life I´ve fallen in love with several machines, from my first Mac, back in the early 90´s, to the Thermomix, by way of a couple of typewriters, a bycicle and a Smeg fridge I´ve had a light flirtation with this spring.
But this rice cooker, I think if it leaves me I´m going to have to jump under a train, or drink poison. This is a grand passion. I am like Young Werther, Juliet Capulet and rolled into one, with a touch of the crazy chef in Disney´s The little mermaid.
So far, I´ve only tried it with normal white rice, short grain and basmati, and here is my advice to other folk, who, like me, are stumped by the lack of proper literature inside the box.
The first batch I did was prett awful, but I think I must have had it on what a kind reader says is the congee setting. I still haven´t figured out what the knobs are for. If anyone reads Chinese and would be willing to translate for me, that woudl be swell, but so far, the second and third tries were beautiful, so here is what I´ve learnt so far:

For short grain rice, (I use SOS) put
1 volume of rice to 1 and a half volumes of water. Add a little bit of salt, shut the lid, wait at least 10 minutes after the cooking stops.

For basmati, use 1 volume of rice to 1 of water, and do the same.

I made the SOS in the morning, left it to cool, and had it fried for dinner, with sweetcorn and ham and egg. It was perfect! perfect, I tell you, this is pure magic, and all for forty euros.

Tomorrow I hope to take the plunge and begin to mix more ingredients in. What fun.
The drawing appeared in Marie Claire last year. It´s still meant to convey giddy heights of joy, not flowered rice or anything.
Posted by lobstersquad at 5:18 p. m.

Here's what I've learned from my rice cooker -- always let the rice sit for 15-20 minutes after the cooking. My cooker switches to a "keep warm" setting, but I let it sit undisturbed (and unopened) for at least 15-20 minutes after that light goes on. In those last few minutes, the remaining liquid evaporates and the rice actually loses some of its wetness. Sounds like you and your cooker are getting along beautifully!

Another wonderful drawing, Ximena - and definitely expressing the giddy height of joy. I'm looking forward to reading about your trip to Estonia, about the Old Spice seasoning mixture, and your new stack of cookbooks. I don't eat much rice, nor have I got a rice machine, you see:)

We love love love our rice cooker. It's a Zojirushi and looks like it might be R2D2's pet. Does yours play a happy little tune when the rice is ready? Welcome to the club . . .

I'm a rice cooker connoisseur!
If you'd like, I'll give you some new recipes....including savories like Rice Cooker Chicken (yes, its a real honest Chinese dish!) and Tropical Island Rice. Oh and Hainan Coconut Rice is GOOD too!

steamy kitchen: yes, please, please, give me those recipes. I´ve seen the tropical rice on your blog, and it´s next on my list

Although I've only had it for six months, I love my rice cooker too. Particularly since I worked out you can use it to cook barley and lentils as well.

I can make a batch of those and carry on with my daily tasks, without having to worry about pans boiling over and lots of mess being made.

I am one of those folks who feels very passionately about the rice cooker. It's the only way my mother ever made rice, and the habit has carried over into my adult life. There is simply no other way.