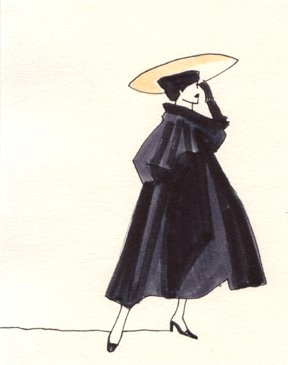 Whenever my father talks about his grandmother´s house in Las Arenas, his eyes mist over slightly. Ours tend to glaze over. Sometimes there´s even an eye-roll, and an impatient supressed groan.

The stories are all about a lost world of nannies in starched aprons overseeing millions of cousins playing cowboys and indians. Of my grandmother´s Balenciaga frocks, of slow dancing to Françoise Hardy, and everything smelling of beeswax.
All very nice, no doubt, but too Natalie Wood-ish for me. Lacking in drama and verve, you could say.Plus, we´ve heard it a few times by now.

My interest only perked up when food was mentioned. Surprised? No? Ok, so the food my father most talked about was something called "bísquetes". He´d smile when he talked about them, freshly made, somewhere between bread and cakes, hot for teatime. It was rumoured that one of my aunts had the recipe, but she never actually gave it when asked.
The house is now a hotel, the dresses are in a museum, the bísquetes seemed to be lost to history, and that was that. Life goes on.

Then the internet came. And with it, food blogs.
I usually read them in the morning, when my brain is still a little foggy. One day the Amateur gourmet was going on about some biscuits, and Atlanta. I struggled to understand.
I learnt to speak English in England, you see, and there a biscuit is crisp and thin, and may or may not be  dunked in tea. This thing of the A.G. seemed different, and yet somehow familiar.
I read on, and then it hit me. Bísquetes! Of course! Biscuits, pronounced with a Basque accent. Wonderful.
I tried them at the earliest opportunity, and folks, the smile on my father´s face...These celestial little biscuits have now more than made up for all the eye-rolling and the "oh, God, not another Ariatza story". I rule.

Apart from bringing back my father´s childhood, in a Proust-sur-Bidasoa way, it´s been a life changing recipe. I make them all the time. As Laurie Colwin says, everyone who walks into a kitchen should know how to bake a biscuit. They´re so good and so easy and so versatile. You´ll end up memorizing it and it will pay you back a thousand times. Apart from tea and breakfast, they´re also great with soup, or for pies. They´re the perfect thing to make when you´re a house guest. The ingredients are probably to hand, and you´ll get so many kudos for producing these babies.

The recipe is  here , with pics and Adam´s deathless prose. I, myself, use one cup mixed yogurt and milk, and two tsp baking powder. No processor needed, either. You can also use this other one, from Laurie Colwin´s  More home cooking . These will be more crunchy, and better suited to rolling out and cutting into shapes, or using as a pastry case.
Posted by lobstersquad at 10:28 a. m.

It's coincidental that you should mention Laurie Colwin. In the past few days while straightening up a book shelf I just picked up and re-read part of More Home Cooking (for maybe the two hundredth time) and the part I read was about was her traditional New Year's Eve dinner which included biscuits of which she wrote, "...people fall upon them." At the time I asked myself why I never make them and now I'm asking myself again.

It's very touching that you were able to make your father so happy with biscuits. It's an interesting thing, the way food can provide a connection to a lost time.

And finally, I love that drawing! I looked at that drawing and thought, Dior-New-Look but Balenciaga-ish. OK, it's Balenciaga. You've been on a roll of really great drawings lately -- even greater than usual.

Ak: it was very sweet
Julie: it´s Dior! I thought I´d say, and then I thought, who´ll spot that? That´s so cool. And Laurie is the best, no question.

tres bien! what a beautiful dress!
don't you wish time travel was possible sometimes?
the description of your father's childhood sounds so lovely and idyllic and warm. I'd love to experience it, if even just for a few minutes.
thank god for novels (and biscuits)!

Ximena, you are my good luck charm! Literally hours after I read your posting about your trip to London, my mother called to tell me that she was giving me a ticket to London for my birthday.
Lucky me!

Having bisquetes wearing a Balenciaga dress on, it's like going through a catwalk to the most elegant pastry shop on earth.

I can prove that Lobstersquad's recipe tastes so gooooood!!!!

Yum, I agree, Adam's recipe sounds great. I like the idea of rolling the biscuits in the flour. But I'm also glad you provided the link to your original biscuit recipe because I had forgotten all about the tomato tart, which made my mouth water when first I read about it and I definitely want to try. That is, if I can figure out how to convert those pesky metric measurements into English ones.

Laurie Colwin was always a simple and wonderful source of inspiration. I firmly believe baked goods can change the world. Very sexy drawing. I'd hate to get crumbs on such an outfit.

Lovely, lovely post and lovely, lovely drawing! (Or watercolor?)
I totally agree, about knowing how to make biscuits. Also, they will happily accomodate lots of things stirred into the dough - herbs, grated cheese, chopped nuts, etc.

I seem to be channeling biscuits, too. I've pretty much never met a biscuit I didn't like- and I've posted 2 more recipes, because I can't stop trying them.

They bring on generous doses of love and admiration, and heaps of self esteem as well. What more could a person want from something that can be made, start to finish, in half an hour?

Sorry, but I must support your dad in this instance... But then, what else can be expected when my entire blog is dedicated to those misty-eyes inducing foods?

Love your drawings, by the way! A real highlight of my day.

My Spanish is almost non-existant but love your blog!
The Brits call them scones. I remember, long ago, making a batch with my mother and between us we scoffed the lot right out of the oven so had to make more for the rest of the family.
In canada, they are also biscuits and we have them often.