Five things to eat before you die 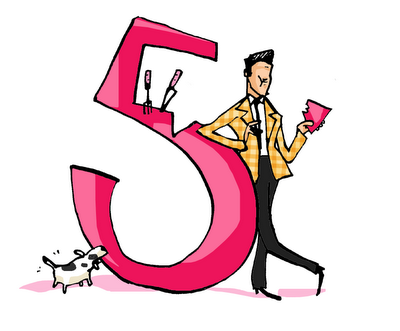 I´ve been tagged!
It´s too exciting. I´m sorry not to be blase and woman-of-the-world about it, but I´mloving every minute, and can´t pretend to be cool. My first meme! And it comes from Melissa! The traveler´s lunchbox is one of my most favourite food blogs, and so, I am gibberish with joy. If I haven´t posted this before it´s because it´s proved pretty hard to write.
See, this meme, or joint project, has the ambitious but very necessary aim of coming up with a definitive list of things to eat before you die. Each blogger contributes five, and tags another five bloggers.
And I´ve been scribbling lists all of yesterday, and they were long.Lots of things have ended up on the cutting room floor, like tortilla de patatas in Galicia, toasted ham and egg sandwiches in Cafeteria Santander, fried fish on the beach in Andalucia, a picnic of viande sèche in the Alps, or onion soup in Paris, etc. Pinning it down to five has been hard, and the list may be a little lopsided, but anyway, here goes.

The best, the loftiest, most explosively good food product ever to come from the body of a pig. And I adore bacon, mind, but ibérico is in a league of its own.
My advice to anyone coming to Spain is to do the following. Go somewhere good to eat, restaurant, tapas bar, whatever. Look at the price of a ración de ibérico. Write it down, order something else.
Then go to a market or good food shop, and buy some jamón from one of the specialized stalls. It will be perfectly cut, and you will pay much less. Applying what Calvin Trillin calls Alice´s law of compensatory economics, you´ll have "saved" enough money for a nice bottle of wine and some picos ( bread sticks), and will have the perfect picnic on your hands.

This is a case of things to eat before they die. And before you accuse me of enviromental malpractice, let me say I´ve only had them a few times, when I was little and they weren´t so endangered.
But one of my dearest memories is angula related. I was eight or nine, had had my bath, and was waiting to have dinner in my pijamas. My parents told me instead to put some normal clothes over it, and took me down to Ciriaco, the restaurant below us, where they were having dinner with friends. I was given a plate of angulas to try, and I gobbled them all up.
They are heavenly, a writhing tangle of grey tiny snakey looking animals, sauteed quickly with garlic and chili, at once crisp and soft. You eat them with a special wooden fork, which is always fun. Not so fun is paying for them, because these babies are almost as expensive as caviar.

I´ve only been to a real dim-sum with carts reastaurant once, with my sister María in New York. It was one of the best meals I´ve ever had, and probably the best Chinese meal. But apart from the quality of the food, what I loved was pointing to the dishes as they arrived in the carts. I´d never have been able to order a meal like that, with so much stuff I didn´t recognize.

Betty´s in Harrogate comes to mind, but for the quintessential five o´clock tea it has to be one of the swanky London hotels. Sit on one of those low sofas beside the potted palms, listen to the tinkle of the piano and feel like the deb of the year while you wait for the tiny sandwiches, petit fours and scones with clotted cream to arrive.

I´d always thought pipas were as Spanish as can be, but recently read in Juan Eslava Galan´s history of the Spanish Civil War that they were introduced by the Russian tank soldiers, and quickly caught on. Well, one good thing about a war, who new?
My mother is annoyed with me for including pipas in the top five, but you see, she´s one of the ones who just don´t get pipas. You either do, or don´t, and that´s it.
I agree that they´re messy, and inelegant, and they make people look like parrots as they crack them with their teeth. But there is nothing like sitting outside in the summer with a bag of pipas on your lap, and a bowl that slowly fills up with shells, while you pander to the ying and the yang, alternating September´s extra-thick Vogue with Flashman.You know when to stop when your lips are cracked from all the salt.
I always do this with my father, at sunset, in el Pantano, and it´s the best thing in the world. 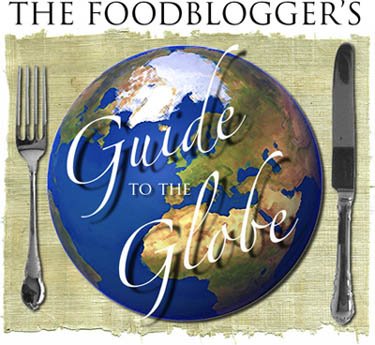 Picking the next five bloggers has been just as hard. I´m going with

Brett, from San Francisco
In the East Coast, I couldn´t decide betweenJulie, from Baltimore, and Ann, from New York, so I´m cheating and having them both.
Jenjen, from Sydney
Bea, from France via Boston
Melissa, from Panama
Posted by lobstersquad at 12:28 p. m.

I love and adore the illustration as well as everything you've included here!

Your story of eating them with your father and the image of a bowl full of shells is so beautifully sweet and romantic!

I love how you've described the joy of eating a bowl of sunflower seeds - it's one of my favourite snacks and the perfect thing to keep a smoker's hands nice and busy ;) Though I prefer your explanation to mine!

Ah, I look forward to answering. Thanks very much for the tag! As mentioned to you before, I am going to fall under the same category as you, writing down endless lists...Choosing will be hard but the rules are the rules ;-)

Your text and illustration are just a joy to read. And making me want to go back to Spain soon.

yay! how insanely fun!! and insanely hard! just five things huh? ;-)
man, if it's your number one thing, i need to get my hands on some of that iberico....
thanks much for the tag, i'll try to do you proud!

It's my first meme and I'm very excited!

My favorite of your list is the story of eating angulas for the first time. I can remember as a child how out-of-the-ordinary moments like that were filled with magic.

Until I read this I also did not know that baby eels were a delicacy or that they were endangered. When I was a child I was taught to swim in a salt pond on the New England coast that was teeming with baby eels. In fact, this salt pond was so filled with aquatic life that I found my swimming lessons unnerving. I was forever stepping on horseshoe crabs or starfish, or feeling schools of eels or tiny fish brush against me as they swam by.

For the last twenty years or so, the eels have been gone from this place and the number of other creatures is also way down. Pollution, I guess -- more houses, more boats, more people.

I agree with every item on your list! Especially the Iberico, dimsum and angulas! I haven't tried Pipas, I just have to add it to my list of food items to try. :)

Can you believe I had the chance to eat angulas and I turned them down? I can't believe something like vegetarianism has gotten between me and one of the things I must eat before I die!

And so funny about the pipas! I'm afraid I'm one of the people who doesn't 'get' them, though I certainly don't mind them either.

p.s. I said it already, but fantastic drawing, I love it!!

Thanks for tagging me!
I will definitely start my list... it will be so hard to choose

I totally agree with you on the ham and the angulas!! YUM!! But, regretably, im with your mom on the pipas :P

I've been a lurker on your blog for a while now, and i've finally decided to post a comment. I just want to say that i absolutely adore your illustrations and your blog :).

Hi Ximena! I knew I should have tried that dim sum thing when I was in the States - rats, now I'll have to go back!:-) I just stumbled across your blog a couple of days ago and instantly added you to my Bloglines. I absolutely LOVE what you're doing here, your illustrations are nothing short of fantastic and your writing awesome. Keep up the great work!

My Pulgon is a parrot, and I don't "get" pipas as easily as ibérico... Is there a doctor listening? Do I have to worry?

Hi Ximena,
Nice blog + great list!
I love those English cream teas – all dressed up, in a snazzy place enjoying delicious finger food + fancy sweets... =)
Good of you to mention the Pipas! I totally get it! =)
When I was little I always got them from the candy shop for like 20 cents, and I loved them so much. Really got to buy them again soon...!
Love your writing and all those beautiful illustrations!
Have you checked my list yet? =)
Greetings, Julia

you know, this is the third time I try to answer, carefully writing everyone a reply message, and every time the stupid machine swallows them up. so here´s to you all, parrots or non-parrots; send your own top five to Melissa.if we do eat all these things , we´ll probably die sooner than we thought.

I am also having a difficult time answering this one. I really enjoyed your answers - I guess it's difficult for me to think about the eels, I think I'll have to skip that one. I'm good with the pipas, they're fun; the other three on your list I'll have to seek opportunities for.
And popovers are very much like Yorkshire Pudding - they really are a great special breakfast - really not difficult. Hope you give them a try.

Ximena, I love the thought of you settling in for an afternoon (or a sunset) with pipas and September's issue of Vogue! Now I only wish I could join you...

i have only eaten the ham in my dreams, but i have tried an english cream tea, of course, and am overjoyed that it made your list. clotted cream made mine too!