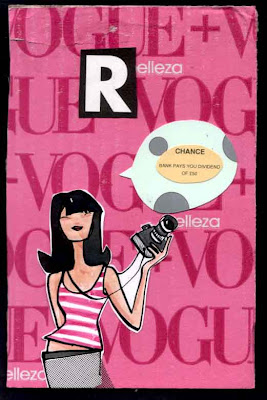 I already did an in depth review of Kitchen, by Nigella Lawson, when it came out, but here´s another recipe from it. Not a recipe, really, just a stroke of genius. The sort of thing that is so brilliant in its simplicity that you almost think you came up with the idea yourself.

That´s it. No, it´s not rocket science, but you have to admit that it´s pretty darn clever. Those little doughy balls in the supermarket chill cabinet are 96% cooked potato. They just need to be tossed into a pan covered with a thin film of oil and left to crisp up, then tossed again and toasted on the other side.
Nigella says they are like mini rösti, which may be so. I think they are the perfect solution, since they can stay in the fridge for weeks until needed to bolster that bit of leftover stew, the not quite enough smoked fish, the lone grilled pork chop. Good stuff, try it.
Posted by lobstersquad at 6:40 p. m.

one of my favourites!
http://pandragonathome.blogspot.com/search?q=pan+fried+gnocci