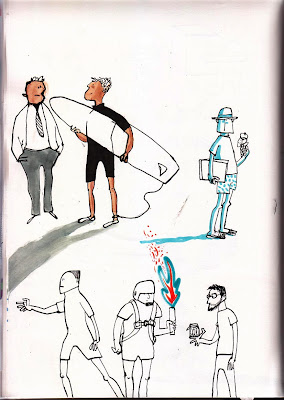 (Choice of illustration entirely random, a page I rather like from my current sketchbook)
Posted by lobstersquad at 1:59 p. m.

What a beautiful blog, I love your imaginiative and varied illustrations.