To make the kitchen smell good 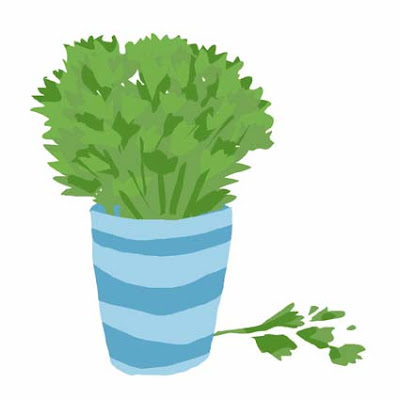 Back again, never mind the Icelandic volcano that nearly grounded us.

I came back to a house inhabited only by J for ten days. There was a weird smell, which sometimes happen when you leave a guy alone. It didn´t come from stacked takeout boxes, however (the house was eerily tidy, actually). After some sniffing around I located a glass I´d left on the counter with a bunch of fresh cut parsley. Two weeks later, it was a stagnant pond with lots of fuzzy slimy stuff.

This was quite lucky, as last time it took me a couple of days to locate the offending substance; chorizo wrapped up and left to molder in a cupboard.

I quickly threw that out, but to make sure all lingering nastiness went away, I did the Yolanda-Frying-Fish-Night-Trick. It makes your kitchen smell lovely, and seems to subdue any competing nastiness, so it´s a good one when you´re cooking pungent stuff.

Simply, boil some water with a bit of sugar, some lemon, and a stick of cinammon.

Let it bubble away on a back burner unattended, but do keep an eye on it. Once it´s boiled down you can even use it to drizzle on fruit salad if you like.

Oh and by the way, a recipe for arroz caldoso, by way of Hip Pressure Cooking, where Laura asked me to do a guest post. Thank you! this is a sketch I made during the press event held before the masterclasses at Alambique cookery school last Monday.
It was a lot of fun, the food was amazing.
more Madrid food tales soon, if I can stop eating and drinking long enough to post about it. 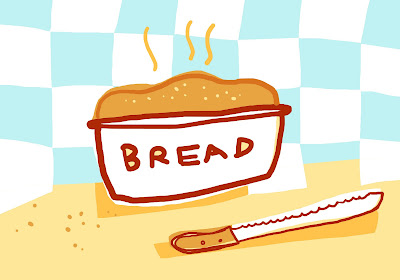 Clearly nobody needs to make bread at home, and anyone who does does so because they like it, not because they find it easy or convenient. So saying a recipe for bread is easy and convenient isn´t saying all that much.

However, this bread is a good way of either getting into the bread habit, or of slipping back into it. It´s the easiest bread I´ve ever made, no question. It makes the famous NYT no-knead bread fussy by comparison.

It makes an honest to goodness wholemeal loaf, crunchy outside, springy inside, a bit chewy, with lots of flavour.

When you read the recipe you´ll think, like I did, "no way". Wishful thinking, you´ll say. It can´t be true. Mix flour and water and molasses and yeast in a bowl with a spoon, pour the battery dough just like that into a greased tin, leave it to rise there just once and bake straight away?

I fully expected to get a well-meaning but inedible brick, and if it had been a recipe from anyone but Ballymaloe´s Darina Allen, I wouldn´t have even bothered.

So try it. I think we´ll be having home made bread every day again. It´s the easiest thing in the world to mix three batches, bake them, all in an afternoon, freeze two loaves and have enough for the whole week.

The full recipe, together with a few more, is in this Guardian article. They come from the book "Forgotten skills of cooking" which is a great book, although not the most practical, because, frankly, keeping chickens and growing cabbages ain´t in my line. I´ve borrowed it from the library, but I´m copying down a lot of recipes, so it´d definitely recommended.

However, just so you know, here are a few notes. The dough took one hour, not 20 minutes to rise. The rest is just as Darina Allen writes.

If you´re in Spain and can´t find strong brown flour for a reasonable price, buy gluten and add a heaping spoonful to your flour.

If you´re using powdered yeast, mix all the dry ingredients and then the treacle and water.